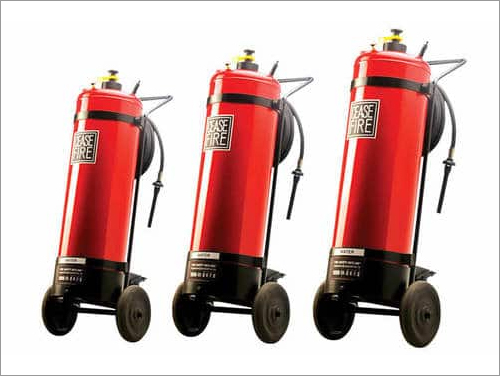 Introduction: Water-based extinguisher uses water for extinguishing fire. Water is regarded as the most effective extinguishing agent against fires in wood and other solid objects. The fire in such objects remain hidden within the objects, which can spontaneously ignite the surrounding material.

Water based:  This fire extinguisher makes use of water to quickly and effectively bring down the temperature of visible as well as hidden fires. It can kill as well as stop the fire from spreading.

Simplicity in handling: It can be handled simply as it comes with long and flexible hosepipe.

Pressure gauge:  Pressure gauge is the smallest gauge in the world, which can be tested making use of a special magnet to ensure that it is working perfectly and accurately.

EPDM rubber hosepipe:  We have used EPDM rubber rather any normal rubber, because it is flexible and apt to be used in hosepipes.

1 year Warranty: This kind of fire extinguisher comes with one year warranty.

Application:  It can fight Class A and B fires.

Highest Standards:  It is ISO 9001 and CE certified, and conforms to ISI standards.

Water is the most potent fire extinguishing agent available with its massive cooling power of 2.6 MW per liter per second. Water fire extinguishers are best suited for class A fires as they are most effective against deep seated solid objects fire such as wood. The most important properties of water based fire extinguishers are its high specific heat and heat of vaporization - which is the amount of heat energy required to convert one gram of liquid into its gaseous state at constant temperature and pressure. When water comes in contact with a hot burning surface, it turns into steam by absorbing heat from the surface of that object. The steam cuts off oxygen supply to the heated surface, thereby suffocating the flames. By absorbing a large amount of heat, water brings down the temperature of the burning object or fuel below its ignition point, thereby reducing the chances of it catching fire. Therefore, we can say that water based fire extinguishers have two main firefighting actions - Water, being a cooling agent absorbs huge amount of heat and converts into steam and steam can cut off the oxygen supply which is essential to sustain a fire.

To start a portable water fire extinguisher, first of all check if the needle in the pressure gauge is in the green zone. If it is, the extinguisher is ready. Pull out the safety seal by inserting the index finger and tugging gently. The water fire extinguisher can now be activated. Depress the lever and aim the discharge tube at base of fire from a distance of three meters and use a quick sweeping action. This process cools down the fuel, removing heat from the fire tetrahedron, thereby stopping re-ignition. It is important to note that the efficiency of water fire extinguisher is directly proportionate to the surface area of water coming into contact with fire. Hence, the dispensing medium that uses water as an extinguishing agent plays a vital role in fighting fire.

If the water based fire extinguisher is able to expand the surface area of water, you are in a position to fight substantially bigger fires. Most warehouses and furniture stores consist of class A materials and so all fire extinguishers are not suitable to fight such fires. However, a portable water fire extinguisher can easily take care of such fires. There is a safety seal on the cylinder that can be broken in seconds and is yet completely tamper-proof. Anybody at home or office or any layman can use it easily but it does not permit accidental activation of extinguisher. 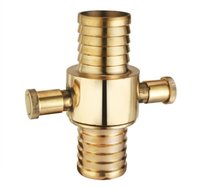 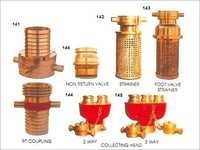 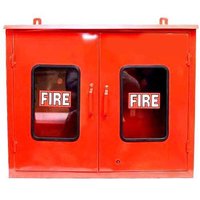 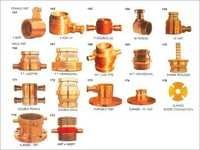 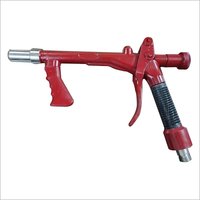